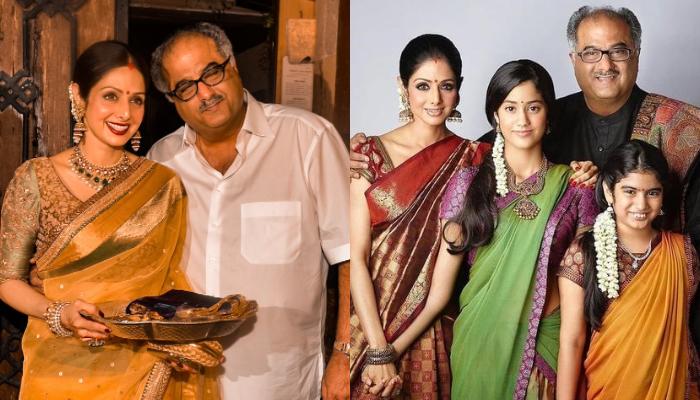 Sridevi, the outsider who ruled Bollywood for ages, was an outstanding actress. With 300 films to her credit, Sridevi had become one of the most successful heroines of her time, without the help of any male co-star. Talking about her love life, the actress had tied the knot with Boney Kapoor in 1996, who already had two kids, Arjun Kapoor and Anshula Kapoor, from his first wife, Mona Shourie. Soon after her marriage, she took a hiatus from acting, devoting her time to her family and two daughters, Janhvi Kapoor and Khushi Kapoor.

Sridevi was an extremely private person, and she had always let her electrifying work do the talking. She had made a jaw-dropping comeback in the entertainment world with movies like English Vinglish, Mom and Zero. However, the news of her sudden demise from drowning in February 2018 shook the nation. In a recent media interaction, Boney revealed how he handled his anxiety and depression after Sridevi’s death.

Samantha Ruth Prabhu ‘Stood Like a Pillar’ During Shaakuntalam Shoot