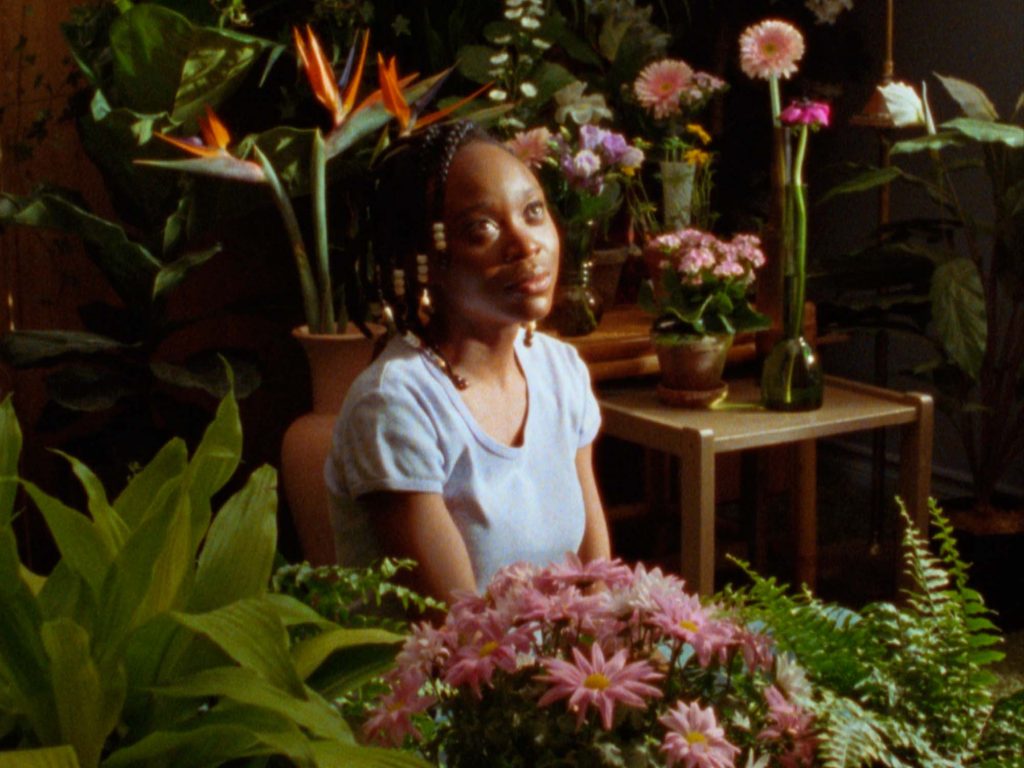 Shot in sumptuous and hazy 16mm film, Haitian-Canadian filmmaker Miryam Charles’ debut feature attempts a fluid journey in time and space – across Haiti, Connecticut and Quebec – that coalesces in an elusive reimagining of Black girlhood. Cette Maison takes the death of the filmmaker’s 14 year old cousin and imaginatively reconstructs her memory through personal, generational and geographic remenisces.

The storytelling leans into magical realism and evokes the qualities of what cultural historian Saidiya Hartman calls “critical fabulation” — a blend of fact and fiction through the use of imagination and empathy, where past, present and future are spatiotemporally intertwined with fantasy. Charles confidently constructs a counternarrative that elaborates on the gaps and conflicting details within police and autopsy reports, savouring unknowability by way of interrogating, recovering and restoring lost potentialities within a story that is “impossible to tell”.

A Brechtian dedication to artifice is immensely difficult to pull off on screen, but Charles’ mise-en-scène is remarkably reflexive, as imagined encounters are translated into bold and evocative visual assemblages. The result is luminescent. Personal trauma, violence, grief and loss are not merely confronted. They become paving stones to forging a path that allows the film to travel through the complexities of its resonant emotional core and blossom into a spectral, genre-defying enigma.

An imagined biography promises to cultivate a surreal account of life and death.
3


An accomplished debut signalling Miryam Charles as a filmmaker to look out for.
5

Kartik Aaryan Talks About Karan Johar Dropping Him From Dostana 2, Says ‘The Younger One Should Never…’

Kartik Aaryan Talks About Karan Johar Dropping Him From Dostana 2, Says ‘The Younger One Should Never…’