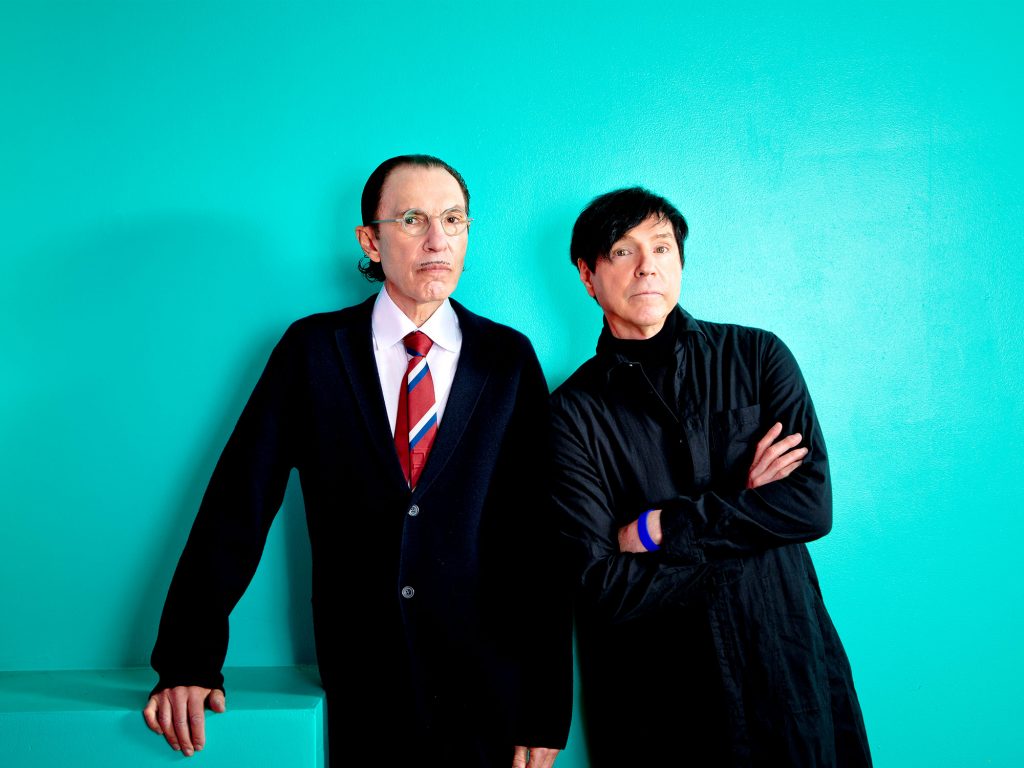 As the song says: we love Baby Annette. With last year’s film-opera-fantasia directed by Leos Carax, the madmen songwriters of cult band Sparks — individually, brothers Ron and Russell Mael — gave the cinema one of the most accomplished original musicals of the modern era, and those fans starved for more of their conversational yet elaborate lyricism or undulating melodies won’t have to wait until the Hyperbowl for more.

Last night, Deadline broke the news that the men of Sparks are hard at work on another original-concept musical as writers and producers, still in search of a director for the project announced as X Crucior. Such known associates as Carax or Edgar Wright seem unlikely, as that could’ve been confirmed to go along with this announcement, so it’s anyone’s guess as to who else possesses the versatility to do right by Sparks’ highly idiosyncratic music.

As recounted in last year’s documentary The Sparks Brothers, Mael and Mael got their start in the ’60s under the moniker Halfnelson before revising to Sparks (a play on the Marx Brothers), attracting the attention of producer Todd Rundgren and a growing underground fanbase with their byzantine, allusive, comical sensibility. They’d spend the next six decades of consistent work cultivating a reputation as off-kilter geniuses to those in the know, becoming art-rock legends’ art-rock legends.

The plot details of X Crucior — or what that phrase even means — remain shrouded in mystery, but the description of the film as an “epic” invites recollections of the high tragedy and ambitious scope of Annette, a globe-trotting modern Greek myth of desire, rage, and intricate piano solos. And if any one song in the new film has the instantly-unforgettable wallop of “So May We Start,” it will be more than worth the wait.

But the most pressing matter is still that of who could direct what’ll surely be another slippery concept requiring exceptional tonal control. Feel free to contribute your own wishlist, but ours would probably start with Brady Corbet, whose polarizing Vox Lux demonstrated an interest in unconventional musical forms and big, baroquely-presented ideas.