The McDonagh Brothers’ visions of Irish guilt and morality 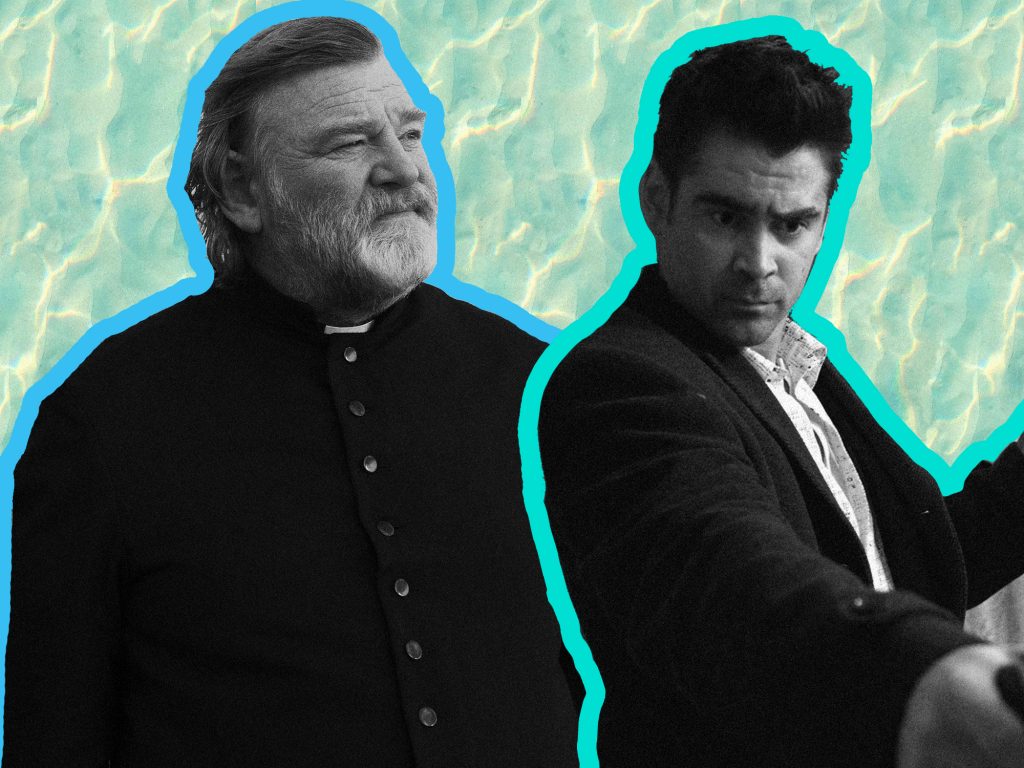 These are the words that open John Michael McDonagh’s 2014 film Calvary, often attributed to St. Augustine and was favoured by the infamously bleak dramatist, Samuel Beckett. This axiom gives the audience a brief glimpse into the film’s central conflict. While hosting confession, Father James Lavelle (Brendan Gleeson) is told by an unseen parishioner that in a week’s time he will be murdered as an act of revenge for the sexual abuse he suffered at the hands of another unconnected clergyman. This starts Lavelle on darkly comic journey that tests his faith, his patience, and his virtues, as he visits the troubled members of his parish and tries to figure out which one is planning to murder him.

What may appear a straightforward (pre) murder-mystery is in fact much deeper. McDonagh pivots from the archetypal revenge narrative and turns his attention towards a much wider issue, one that examines the relationship between its characters and their respective stratified faith in the Catholic church. If Lavelle is McDonagh’s magnifying glass, Calvary’s eclectic crew of side characters are his subjects, each representing a sort-of conflicting paradigm of the modern strains on the Irish people’s relationship with the institution that’s weaved throughout its history and culture.

If the film is a success, it’s because it revokes any need to moralise through Father Lavelle quoting scripture or doling out heavy-handed aphorisms; Gleeson’s steadfast performance paints Lavelle as someone whose faith isn’t exclusive to Catholicism, but instead rallies behind the universal strengths of empathy and understanding, perhaps signalling a new dawn for the disillusioned, one that can move forward, free from the shadow of religion.

It’s no surprise that a film teeming with such divisive and deeply resonant subject matter provokes such a split reaction, and the somewhat ambiguous ending echoes a similar notion to that provided by the quote at the beginning of the film. The inherent duality within Catholicism only furthers this. The audience is left in the unknowing wake of whether or not Father James’ death was in vain, or in martyrdom. It’s wickedly dark, and deftly handled by McDonagh throughout, who is no stranger to the pitch-black comedy at the heart of many Irish films.

Like John Michael, his brother Martin is equally comfortable wading in the murky waters of tragicomedy and is no-doubt best known for his 2008 crime caper In Bruges, in which two hitmen, Ray (Colin Farrell) and Ken (Brendan Gleeson), are sent to Bruges to lay low after Ray’s first hit goes awry. The pair hide out in the gothic city and await further instructions from their boss Harry (Ralph Fiennes), who instructs Ken to murder Ray as recompense for his botched job. Like Calvary, In Bruges is more concerned with the moral stringings of its main characters, and is filled with beautiful and barbed paradoxes.

Take the two hitmen for example. Gleeson’s Ken is the wiser of the two, a rational man who embraces the slow pace of Bruges and its beautiful buildings with all their ‘alcoves’, whereas Farrell’s Ray is a brash, first-timer, bored out of his wits within hours of arriving, and struggles to shake off his all-consuming guilt. The two could not be more diametrically opposed, and yet, despite their differences, are united by an honour-among-thieves that’ll bind them until their eventual, blood-soaked judgement.

This judgement, and the crime that proceeds it bookend the film; with the majority of the action taking place within the medieval walls of the city, a not-so-subtle stand-in for a pseudo-purgatory with a litany of religious buildings and gothic architecture. These two characters await their fate in a similar way to that of Estragon and Vladimir in Beckett’s ‘Waiting for Godot’ – a seemingly consistent through-line between the brothers’ work.

What remains a stand out since its release almost 15 years ago is the acerbic, razor-sharp dialogue that cuts through the weighty motifs of guilt, morality and redemption. Like his brother, Martin McDonagh negotiates the fine line between absurd dark humour and the deeply troubling with an assured fleet-footedness, never once letting the balancing act stumble. Adding to this are the accordant, if a little on the nose, references to other equally morally-aligned media and art. In one scene, our intrepid hitmen view and discuss ‘The Last Judgement’, a triptych by Hieronymus Bosch that’s strewn with secular imagery and mirrors the film’s narrative beats, crime, judgement, punishment.

Where Calvary avoids moralising, In Bruges revels in it. In their sordid world of hitmen and gangsters, Ken, Ray and Harry adhere to a strict, albeit unusual, moral code. After it’s revealed that what constitutes as crossing the line is killing a child (a crime that Ray is guilty of) Harry seeks out the pair of hitmen and embodies the roles of judge, jury and self-imposed executioner. McDonagh, ever the sly satirist, deploys a stinging twist that scuppers his antagonist’s plans and lampoons the kingpin’s moral code.

It’s somewhat ironic that two of the quintessential modern Irish films have been made by two english-born brothers. Both Martin and John Michael were born to Irish parents, and while they weren’t raised on the Emerald Isle, the siblings often spent the summer on the West Coast of Ireland and have a firm, nuanced grasp of the country’s history and culture.

Their films, specifically the two in question, are inherently Irish, and deal with the sort of moral reckoning and fractious interpersonal and institutional relationships that can only come from a country which has been divided for over a century. These old wounds take time to heal, and perhaps any lasting trauma that’s derived from them is best analysed from an outside point of view, a vantage point that the McDonagh’s share. Now, with the younger of the two’s latest film, The Banshees of Inisherin, in cinemas, those old wounds just might be reopening. But as they say, laughter is the best medicine.