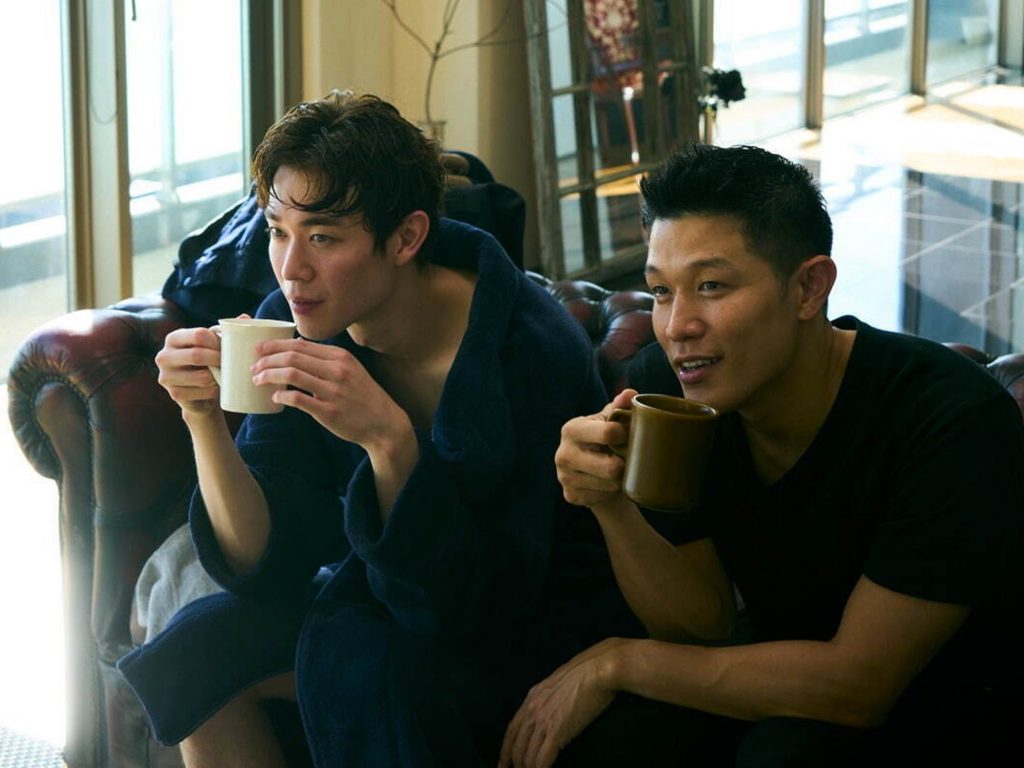 Tokyo International Film Festival currently isn’t a name that comes to mind when thinking of the major global cinema events. Europe and North America leave Asian festivals feeling like small-change affairs by comparison, often ignored in the minds of all but the local residents with access to the films being showcased. It’s a shame, since such events typically highlight local cinema beyond a mere regurgitation of the Cannes and festival favorites for any given year, offering them a unique flair.

The Tokyo Film Festival has been undergoing a series of reforms aimed at uplifting its status and prestige within the festival circuit since COVID shifted the goalposts. A new base of operations in flashy Ginza, a new programming director looking to uplift the standard of films, alongside becoming the first Asian festival to sign the pledge for gender parity, are a signal of intent: this isn’t just Japan’s premiere film festival, but one the world should pay attention to.

Does its lineup deliver these lofty goals? Well, on the gender parity point it failed badly – just three of the 15 competition films were directed by women. In terms of quality it’s a step in the right direction, with a slate of unique world premieres that showcase the value of regional festivals highlighting local cinema on a world stage.

It was still the critically-acclaimed films from Cannes (Out of Competition film The Beasts from director Rodrigo Sorogoyen took Best Film, Best Director and Best Actor for Denis Ménochet at Tokyo) and Venice (World War III directed by Houman Seyedi took the Special Jury Prize) that took the top prizes at the event. International Competition offerings showed a generous slate of future classics, from Ashkal – a slow-burn horror on police corruption with a haunting final scene – and a sinister portrayal of relationships gone wrong in Manticore.

Yet it was the Japanese films both in and out of competition that gave a platform to a generation of Japanese talent waiting to be celebrated beyond the noise of the same few names regularly trotted out beyond Japan’s borders.

One Japanese competition film to win an award at the event was for a veteran of the festival, as director Rikiya Imaizumi took home the audience award for By The Window. Rather than a typical story of a man processing the affair of his wife while becoming closer with a writer themselves, it approaches the subject in a matter-of-fact manner that leaves a lot to surprise over its perhaps-too-long runtime. It’s a film doing a lot with a little, and strong dialogue pontificating on the emotional strength of both its main characters and everyone else in this web of relationships carrying the feature.

While intriguing, it’s still hard not to view this as a safe, rather conventional Japanese drama with a bit of whimsy for the mainstream. On the other hand, Mountain Woman by Ainu Mosir director Takeshi Fukunaga, proved an enthralling and unique period film leaning heavily both into socio-political commentary on the role of women in Japanese society both then and now and the intersection between classical spirituality and brutal reality. It was also unafraid to show the bleak realities often glossed over, opening on a newborn baby being murdered because another mouth to feed is too much for their famine-impacted village.

Yet it was Daishi Matsunaga’s Egoist and the beautiful performances from its lead stars Ryohei Suzuki and Hio Miyazawa that I can’t help feel was more deserving of recognition. An unapologetic gay romance (here between a fashion editor and his personal trainer) is rare in Japanese cinema, and even outside the country is rarely captured and portrayed with this much vulnerability and sensuality for the sheer joy of skinship and connection. Suzuki is hardly a newcomer, yet rarely has he appeared so vulnerable on screen, and even as the film threatens to bury its gays, it delivers a story on the power of their love that perseveres and takes new form without a dry eye left in the theater.

Both of these latter films offer something that defies the narrow box of modern-day slow-paced drama on family and status that Japanese cinema is typically typecast within. Period features rarely feel as confrontational or intimate as Mountain Woman, nor are Japanese films typically considered as queer and loving as Egoist. And this is just to talk about the competition lineup, with an Out of Competition slate of Japanese films that elevate themselves beyond even these.

Bar Fukunaga, the other directors and actors featured in competition represent an internationally under-appreciated old guard rather than a new generation of talent. It’s newcomer directors breaking the rules, showcasing the potential for a new group of creators creating in the vein of One Cut of the Dead and We Are Little Zombies – rather than Ozu and Kurosawa – that left me most excited.

Brats, Be Ambitious is a perfect example. The Nippon Cinema Now selection was designed by the festival as a showcase of the modern landscape of Japanese cinema, and no film captured this quite like this. Director Adachi Shin has industry experience writing films like 100 Yen Love but is relatively inexperienced as a director. Yet his take on a Stand By Me-like coming of age story tackling the cusp of adolescence, broken homes, family separations, abuse and more, is successful because, at its core, these are kids acting and experiencing the world around them like kids.

This is a story from the perspective of a child, so it’s refreshing to see the lengths they went to retain this youthful perspective. Indulgent multi-minute long-takes are frequent and take us excitedly across town on bikes to meet friends with reckless childhood energy, weaving in and out of ragtag homes and narrow streets with reckless abandon. Yet these same long takes also allow for raw emotion true to the pain of falling out or reconciling with a friend, without pause because who knows how you tell a friend you care for them at the age of 12. Childish emotions rush to the surface and it’s messy, because that’s childhood, isn’t it?

And the cited influence for these long takes according to the director in a post-film Q&A? The unavoidable influence of indie success story One Cut of the Dead.

Which brings us to i ai, a film I’d proudly champion above any other at the event. Why take inspiration from film at all, if your aim is to capture music’s impact? Raw musical emotion is best captured by a musician, and this is a tale that uses the emotions put into every chord in live music to weave a wonderful fourth wall-breaking art piece about what it means to love and grieve, and the power of music to bring words and sound to the indescribable. We begin in the cinema as we view the blank screen with the cast, questioning what we’re about to see before a single word is uttered, in a clear request to consider this reflection of life against your own.

Director MahiTo The People comes not from the world of cinema but from activist music group GEZAN, and his calls for action to reject a passive approach to the media we hear and understand its true impact on the world comes from the mind of someone who has seen the impact his work has had on others first-hand. When you need someone in your life they will be there but you can’t stand and let it idly pass you by, so you need to act, even after the end credits roll, in one of the most moving ending sequences in years.

We hawk over the minutiae of lineups and films from the likes of Cannes, Toronto and Venice to the point we sometimes lose sight of what regional festivals can offer. Tokyo Film Festival may have larger plans and a long journey to reach its lofty goals, but this year’s event showcases the value having a festival like this on the world stage offers. While the international image of Japanese cinema remains dominated by the image of auteurs from decades ago (indeed, with a Kurosawa award and closing on Oliver Hermanus’ Living which remakes his 1954 film Ikiru, he remains a towering presence), a festival making an effort to highlight the best of its youthful next generation on a world stage should be celebrated.

‘Can We Go In Rolls Royce?’ Yogi Babu’s Video With Vijay Viral

Watch: Jimikki Ponnu Video Song From Vijay’s Varisu Is Out; Fans Love It

‘Can We Go In Rolls Royce?’ Yogi Babu’s Video With Vijay Viral